While earning degrees in Vocal Performance (BA: Music at University of Maryland Baltimore County - Joyce Hubbard, voice instructor,  MM: Solo Vocal Performance at Arizona State University School of Music - Jerry Doan, voice instructor), Ms. Cooper studied the art and science of Vocal Technique and Pedagogy with an intense and insatiable appetite for knowledge and understanding about the mechanics of the Breathing and Phonation systems with which we are all equipped. Under the guidance of Dr. Jerry Doan (ASU), Cooper achieved an extraordinary capacity for learning, processing, clarifying and teaching others the intricacies of how one may meet his/her greatest potential in singing competitively, efficiently, and healthily in any genre.  One of her greatest joys, second only to performing, is teaching others how to achieve their goals in singing and performing.  She passionately commits to helping each individual student create and fill his/her Vocal Artist Toolbox (VAT!) with everything necessary to carry out into the world of auditions, competitions, rehearsal, performances, and overall happy, healthy singing.

To learn more about Ms. Cooper's performance and teaching career, read on (below the photo)!... 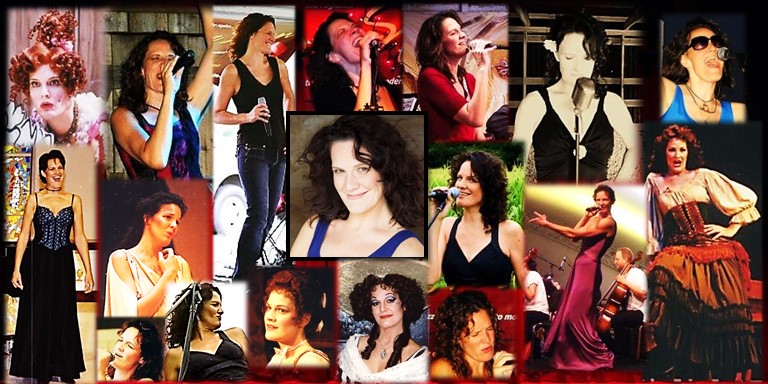 While earning degrees in Solo Vocal Performance (B.A. - University of Maryland Baltimore County,M.M. - Arizona State University School of Music) , Cooper studied the art and science of Vocal Technique and Pedagogy with an intense appetite for knowledge and understanding about the anatomical and synergetic mechanics of the Breathing and Phonation systems. Over the past twenty years, Cooper has achieved an extraordinary capacity for learning, processing, clarifying and teaching others the intricacies of meeting their greatest potential in singing beautifully, competitively, efficiently, and healthily in any genre. Her four-year stint as the sole voice instructor at EMU (Harrisonburg, VA) provided opportunities for new course development, including Musical Theater and Opera Scenes classes which she created and directed to high acclaim. She also served as Music Director and Conductor for major musical productions and choral ensembles. Cooper currently serves as a highly respected private voice instructor and expert vocal technique master class and workshop facilitator.  She is a member of the National Association of Teachers of Singing, which facilitates opportunities for students who qualify to participate in local, regional and national singing competitions.

It was her original fundraiser production of “Go-DIVA! Act III:The Swan Takes Flight” (sequel to the original “Go-DIVA!”) that sparked her relationship with Southern Maryland Youth Orchestra & Choir and raised $5,800 for the organization, for which she served as a Board member, Artistic Director of Choirs, and Director of the Ambassador Program. Cooper is a passionate advocate for youth music programming and education, citing her years of childhood flute and piano study, and positions as high school marching band drum major, principle flautist in symphonic band, and lead actor/singer in school and community musicals, as the catalysts for her successful career in music, and the best possible training for her achievements in business management, producing, directing, teaching, and owning her own company. She presents age-appropriate programs (“Career Talks”) to youth groups, allowing children to explore her multifaceted professional music career which spans a pilgrimage of exhilarating triumphs and challenging setbacks.  With her vast collection of images, recordings, videos and anecdotes, Jennifer delights her young attendees with the sights and sounds of an exciting journey that encompasses her life passion; Music.

Cooper and her current jazz/blues/pop ensemble, GrooveSpan, remain in high demand for numerous venues, music festivals, concert series, and special public and private events.  She co-founded the collective of seasoned professional musicians in 2010 with guitarist, Carl Reichelt.  The pair comprise the GrooveSpan Duo which performs most frequently at wineries and intimate private events.  The GrooveSpan Trio adds a saxophonist, while the the full band is completed by adding bass and drums.

As president and CEO of Go-DIVA! Productions, Inc. (a live music presenter company), Cooper strives to provide exceptional quality entertainment, spanning four centuries of genres and styles, while continuing to educate, inspire, and support the next generation of creative artists.

Jennifer is a member in excellent standing with: